I’ve been reading an inspirational biography by Admiral Jim Stockdale, who was the highest ranking United States military officer in the “Hanoi Hilton” prisoner-of-war camp during the Vietnam War.

He was tortured repeatedly during his 8-year incarceration, yet maintained the respect of the military prisoners still under his command, whilst trying to ensure that the highest number of them survived their unthinkable ordeal. 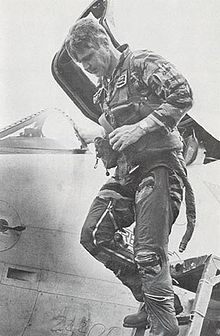 Stockdale established rules allowing his men to reveal certain information after a given level of torture, understanding that no-one can withstand pain indefinitely.

He inflicted self-injury with stools and razors, so that his captors couldn’t film him on video to demonstrate their responsible custody to the outside world.

Reading the book, I was overwhelmed with the sense of desperation and isolation which he and his soldiers must have felt, and astonished that he was able to keep his spirits high, and to refuse to be broken.

Interviewed recently, he was asked how he dealt with such incredible hardship, and more poignantly with not knowing how, when or even if it would all end.

He replied that he never lost faith in the end of the story. He believed that, eventually, he would be released and be reunited with his family.

He was then asked who didn’t make it. “The optimists”, he replied, coining at once the concept now known as the Stockdale Paradox.

Stockdale finished his interview with a stunningly concise summary of his survival strategy, and one which I’m sure would be a useful edict with which to get through the albeit less life-threatening corporate torture wrought by these troubled economic times.

“You must never confuse faith that you will prevail in the end—which you can never afford to lose—with the discipline to confront the most brutal facts of your current reality, whatever they might be.”

In business, that means never, ever losing your self belief, but setting realistic goals which you’ve got an evens chance of reaching.

For many of you right now, it also means keeping afloat in the recession, because you’ve got a brilliant product which will absolutely fly when things start moving again.

Respect to you, Admiral.

Now here’s something from me to you, to help you ride the storm!

Simply add a comment to this post telling me why you need a 30-minute mentoring session with Jonny Cooper! We can talk about your business plans, goals and issues. Yes folks, a complimentary half-hour of power with me via Skype or phone! I look forward to talking to you. Jonny.

2 thoughts on “Lessons in Business from the Horrors of War”